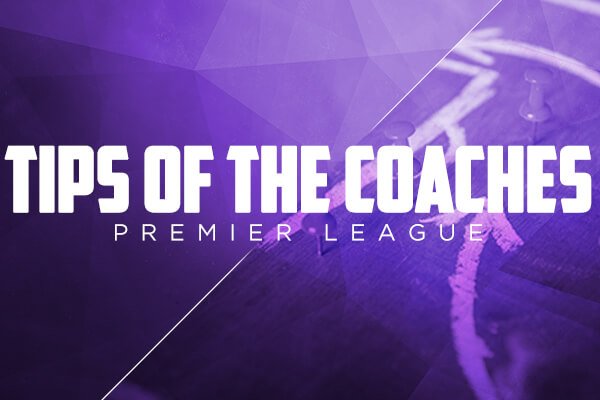 What do our coaches have to say about the second match day of the Premier League? We asked them about their thoughts on the teams, their choice of captain and their insider tips.

It’s very rare for a team to be such a huge favourite as MCI is this match day. The bookies have 92% on the SkyBlues beating Huddersfield. By point of reference,the second-best team, Tottenham, only has 80%. City also dominates the clean sheet odds with 74% as well as the list of potential scorers (5 City players in the top 10).
For a detailed overview of the expected dominance of the reigning champion, check out our The second Premier League game day 2018/19. For me it’s clear that there is just no way around City on this match day.

Consequently, the captaincy goes to MCI. My first choice is Aguero. The Argentinian has the best odds of scoring and will be eager to net his first goal of the new season. I see Raheem Sterling as another good option. The English international is not only capable of scoring, but also always good for assists. If you want to be completely crazy, you could also hand the captain’s arm band to full-back Mendy (two assists against Arsenal !!) or Walker. Please note that should absolutely not make Kevin de Bruyne your captain. City’s brilliant midfield engine is injured!
Possible captain options outside Man. City are Kane and of course Mo. Salah.

I really liked watching the man from Brazil during the preseason while he was still in a Hornets jersey. At Everton, he now has the support of better players who are more able to exploit his offensive potential, as has already been demonstrated in the opening game against the Wolves. Richarlison already has two goals to his name this season and I’m sure he is eager for more!

Ready for the next two goals;) – Richarlison!

? | Marco Silva confirms @richarlison97 is fit for tomorrow's game against @SouthamptonFC.@KurtZouma is also available but @aftgomes and Yerry Mina will miss out. #EFC

The Toffees are for me the team that has something to prove this season. They have an excellent coach, who, himself, was an expensive purchase, but in my opinion, this is the first time they have looked really good. Their offensive is very strong, as is goalkeeper Pickford and if the defensive is fully fit again, the team could surprise many fantasy managers. There’s another reason for looking favourably on the Toffees this match day, their opponent Southampton has been far too weak over the last few games. Everton offers fantasy managers great options for every position. Starting with Pickford in the goal, we come to the very dangerous front-back Coleman, then there is the midfield with 3 very good options in the form of Richaliarson, Sigurdsson and Walcott then up front there is Tosun, a player whose statistics indicate that he should have a very good season.

I do not want to take any chances here. For me, Sergio is the first choice on this match day. A home game against Huddersfield will leave him too many chances for fantasy managers to ignore him. Sterling would be my first alternative if you want to think outside the box. Other contenders on this match day include Kane, who always shoots 3 goals when I do not nominate him in my teams, and Salah who always scores anyway. Anyone who wants to get a bit creative here could nominate Mendy, a defender!

This match day practically screams his name. When you look at the preparation and the complete offensive reorientation of the team everything plays to his strengths. My long-term insider tip last season, Arnautovic, is again a player managers should have on their watch list. If you really want to go crazy when you nominate your captain, Seamus Coleman could be a good choice for your armband!

We look forward to your comments! Check the Community Forum, the 11HeroesDE Twitter Channel and our Discord Fantasy Football Community for the latest updates and tips for the fantasy tournaments on this match day.

The Major on FantasyBet is the Triple Grand with a buy-in of £33.