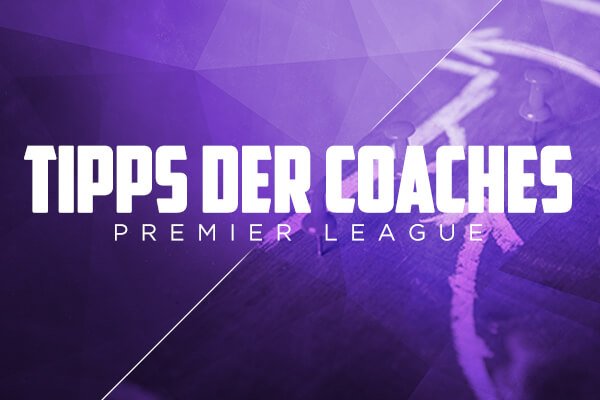 What our coaches think about the third match day in the fantasy premier League!

Daily Fantasy Insider Tips Premier League Match Day 3 : What do our coaches think about Premier League match day 3? We asked them about their team, their captain and their insider tips.

The Gunners play West Ham at home and based on their previous appearances, this is anything but a safe win for Arsenal. The game is a real bargain-basement duel with Arsenal at 17 in the table and West Ham at 19. Both teams have lost both their opening games. That will surely change now, one of the teams has to pick up some points! Arsenal had 2 very difficult games and we only go by the fact that they were on equal footing in both games and were actually convincing. But based on the results, I believe that not many fantasy football managers will place their trust in the Gunners, though it would be a wise decision.
West Ham’s defense looked desolate and with the offensive power of Arsenal, who have scored a decent number of goals even against top teams like Chelsea and ManCity, I see great potential. The Arsenal defense also has a lot of offensive power in the form of Bellerin , Mustafi and Monreal , whom you should not underestimate and of which fantasy managers can make good use on this match day! My only worry is Emery’s seemingly unwavering confidence in newcomer Guendouzi , who was personally responsible for allowing 4 major opportunities for the Skyblues in the ManCity game. If, however, he sends out a defensive midfield including Xhaka and Torreira then I’ll be a true Arsenal fan!

This match day, almost all fantasy managers will choose their captain from among the Liverpool players, opting for Salah, Mane or Firmino. I think that Arsenal players have even more potential, especially considering Liverpool’s opponent is Brighton who have a decent defense. Aubameyang is the go-to guy at the Gunners and he also shoots penalties. He also seems to play 80+ minutes on a regular basis and is usually taken off the field very late. This, along with a 62% chance , convinces me to nominate him. Those who want a more creative nomination should think of Mkhitaryan , the Armenian seems to be flourishing under Emery. Experienced fantasy Bundesliga managers know what Mkhitaryan can do in the right environment.

Yes, I know that offering Mitrovic as an insider tip could be seen as a bit cheeky, as he is already the Fulham player with by far the highest danger to goal and is already well known to many fantasy football managers. However, his chances of scoring this match day are only 44% , which is why many managers may not consider him. Fulham is playing Burnley, who spent last season proving a series of masterclasses in how to defend, but the Clarets are also involved with the Europa League qualification, which can be expected to leave them more than tired.
Watford was able to take advantage of that the last match day. Like Arsenal, Fulham has lost twice but playful convincingly. Fantasy football managers who only look at the scores on the doors, will therefore, in my opinion, be missing out on a treat. Mitrovic not only shoots penalties, but also takes direct free-kicks and was able to score for the first time on the last match day. He is one of the strikers with the most shots and has played against very strong opponents so far. For me, he is almost a must have on this day and could even make a surprise captain and pick up valuable points, should the players from Liverpool fall short of expectations.

Our coaches believe that he will have something to celebrate on match day 3 – Aubameyang:

The Blues do not have the best chance of winning this match day. Manchester City, Arsenal and Liverpool are all ahead of them BUT Chelsea have convinced me so far this season. Above all, their performance in the London derby against the Gunners was characterized by entertaining attacking football. Maurizio Sarri seems to have brought a fresh wind which does the crew good. Newcastle will not have much to oppose that and I expect a clear victory for the Blues.
From a fantasy football point of view, there are plenty of good options for the Londoners in both the offensive and defensive areas. Up front,, Pedro has been able to score twice this season and has good chances against Newcastle (just under 35%). Alvaro Morata is also slowly getting into shape.
The star of the team, Eden Hazard, also has two assists to his name, even though he came from the bench.
On the defensive, as in the preseason, Azpilicueta and Alonso are the players of choice. The fact that the coach has converted to a four-chain has barely tamed the offensive drive of these two players.

The player with the best chance of scoring on match day 3 is once again Mo. Salah. Still, I think Auba is the better choice of captain. The bookmakers see him as almost on par with Salah (only 4% less), and, compared to Salah, ownership and nominations for captain will be ridiculously low! For me, other options for captaincy include Sadio Mané of Liverpool or Marcos Alonso of Chelsea.

The Hammers have played a weak season so far, but they have faced difficult opponents in the form of Liverpool and Bournemouth. At the weekend West Ham will be facing the Gunners and there is little improvement in sight. Nevertheless, I consider Arnautovic to be a good choice as the Gunner’s defense is still far from watertight and Arnautovic is in a good mood (at least in terms of the number of his attempts;)).
Combine this with a low price and the fact that hardly anyone will have him on their list, and the Hammers striker becomes a risky but good choice for me.

We look forward to your comments! The Community Forum, the 11HeroesDE Twitter Channel and our Discord Fantasy Football Community are the places to find the latest updates and tips for the fantasy tournaments on this match day.

The major on FantasyBet is the Triple Grand with a buy-in of £33.