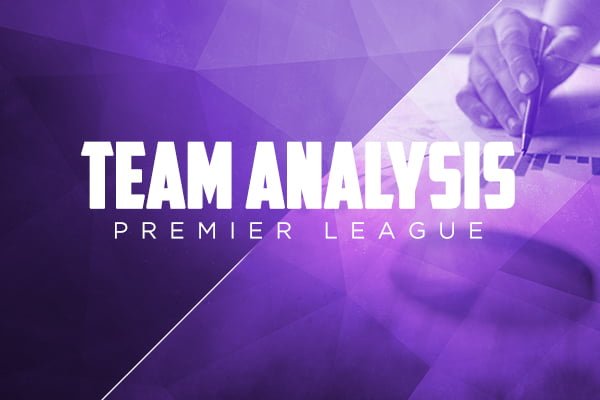 The wandering Wolves are back in the Premier League! The sovereign champion in the championship is still straightening its ranks with the purchase of Rui Patricio, among others. Uncompromising 3-4-3 with some brilliant attacking football. For further information see the team analysis of the Wolverhampton Wanderers.

After 5 long years in the second division wilderness, the Wolves managed to secure their return to the Premier League by winning the English Championship last year. The team was more convincing than many of those which have been promoted in recent years. A rock-solid defense, good pressing, superior control and lightning-fast attacks made them the ManCity of the championship.

Here is a very special review of the Wolves’ last season.

In their championship season they were statistically not dominant – they ranked second for passing accuracy, fifth for possession and eighth for shots – but like the top teams in each league, they create the best chances. Their coach Nuno does not encourage them to score wildly – even though Rúben Neve’s goals were all scored from outside the penalty area.

The Wolves had 89 “big chances” according to a well-known statistics service. That’s 24 more than their closest challenger, Aston Villa, who had 65. To put that number into context, the distance between first and second is the same as the distance between second and 20th!

Their way of playing was an open secret in the championship, but like Manchester City in their last Premier League season, they were so effective in their strategy that they were unstoppable. Their strategy of ball possession football with precise passes and fast switching game worked well for the Wolves. Although they had none of the top scorers in their ranks, two of the top 3 assistants were from the Wolves. Diogo Jota was their top scorer with 17 goals.

Their full-backs Matt Doherty and Barry Douglas are so handy with possession that opposing winger players are kept busy with defensively duties and often pose no threat. Therefore, Nuno’s team is on the receiving end of the fewest shots in the league (9.8 per game).
When it came to chances Neves and Conor Coady the midfielder who returned to central defense, were especially important.

The Portuguese midfielder was the star who scored the most long balls out of all the players in the league (8.6 per game). Coady takes third place on this list. They outplay the attacking defenders and put the attackers in the spotlight.

While all the other teams have their first goalkeeper at the top of the standings for long passes, the Wolves have three players in front of goalkeeper Ruddy (Neves, Coady and Romain Saïss). This explains why they have more possession in their own third than any other club (25%). They rely on the passing qualities of their defensive players, who are able to make the crucial vertical and diagonal passes in the opening stages of the game.

These particular qualities are enough to suggest that the Wolves will be able to keep their place in the Premier League at the end of next season. They have a well-rehearsed team and a strong squad. Much will depend on how much they strengthen themselves in the summer break and how effectively they integrate the new team members into the team.

It will be interesting to see how active the club will be in the transfer market. They have the financial resources to strengthen themselves, but they should be careful not to disturb the harmony of the successful team. If they get the mix right and bring fresh impetus to the already strong squad with four or five new players, the Wolves can make a confident return to the Premier League. (A big thank you to Martin Laurence, whose article was one of my points of reference in the analysis).

In the beginners’ training camp you will learn the basic rules of setting up good fantasy teams. Beginners' training camp

Here is the preliminary squad of the Wolves in the current pre-season period. The completely updated squad and its stats can be found on the
official website of the Premier League and with a lot of personal information on the lovingly designed Wolves website.

The squad available to @Nuno for today's @Uhrencup fixture against @BSC_YB.

Log on to Wolves TV to watch the action live: https://t.co/t9SbVlNj66

The set-piece takers who are so important to daily fantasy football managers can be found in the article: Set-Piece Takers Premier League 2018/19. coming soon

The stars of the team

Three Wolves players were voted into the 2017/18 Championship Team of the Season: Ruben Neves, Conor Coady and Goalkeeper John Ruddy. The arrival of Rui Patricio, however, means that goalkeeper Ruddy is more likely to get a place on the bench.

Three Wolves players have been named in the @EFL's @SkyBetChamp Team of the Season. Huge well done to John Ruddy, Conor Coady and @rubendsneves_ ? pic.twitter.com/BalHPfKhGt

Now to the stars of the team. Since it is still very early days in the preparation for the season, many things can change here, but I would still like to mention some stars/key players whom all fantasy manager should have on their radar. The links go to interviews with/tweets by players with relevant content.

At the start of the season, the Wolves head off to Everton and are then away again in the derby with Leicester, their third match is at home – but it’s against ManCity.

The Wolves trainer is the Portugese former goalkeeper Nuno (Nuno Herlander Simões Espírito Santo). During his playing days, he represented his country in various competitions including the Atlanta Olympic Games in 1996. His previous coaching positions have been at:

63% – Nuno Espírito Santo has the highest winning percentage of any Wolverhampton Wanderers manager since 2001. Extended. pic.twitter.com/p9c02TzEc2

The club started life in 1876 and in 1888 it became a founding member of the new Football League. Now to the fun facts, thanks to (Wikipedia and some other insider sources).

#Fun fact: At the end of the 1950s Wolverhampton Wanderers became known as the “best club team in the world” after three English championships and 2 FA Cup titles!
@Wolves‏‏

#Funfact: The Wolverhampton Wanderers are the only club to have won the three most prestigious English trophies, namely the FA Cup, the League Cup and the Football League Trophy. @Wolves

Each promotion season offers fans fantastic moments. Here are the Wolves’ top 10 goals, one of which made my jaw drop, guess which one!

An overview of the website and social media accounts.

How do you think about how the wolves will perform? Personally, I believe they will be have a good year and will also have some great options for the savvy fantasy managers. What do you think? I look forward to your opinion in the comments!