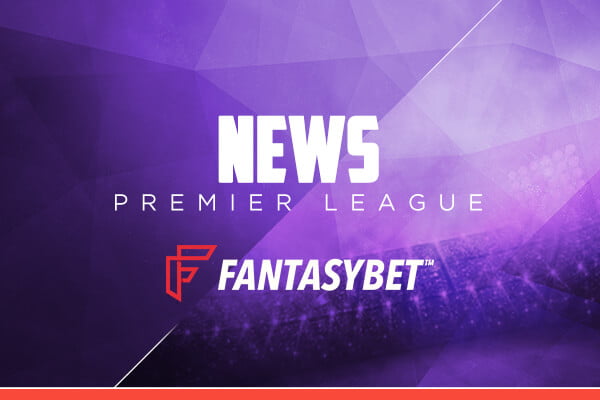 The new season of the seasonal games for the fantasy football leagues of the Premier League are starting soon. FantasyBet introduces the Division Leagues.

Fantasy Divisions is the brand new season-long contest in which teams are promoted and relegated between divisions every four gameweeks. But how exactly does it work?

Since FantasyBet wrote an excellent introduction to this new game on the FantasyBet Blog, I will quote their post since I could not explain it better.

How do I pick my Fantasy Divisions squad?

If you’ve ever played FPL before, you already know how to pick your Fantasy Divisions squad. Just like the original game, Fantasy Divisions gives you £100m to pick a team of 15 players. Two goalkeepers, five defenders, five midfielders and three forwards.

Player pricing and scoring are identical to traditional FPL too, which means a great squad in the official game will translate perfectly to a Fantasy Divisions team. If a £12.0m Aguero bags a brace + three bonus points, he’ll be netting 13 points in both.

What division will I start in?

That’s what qualifying is for.

We’ve divided the season into nine sections of four gameweeks (each section is called a “mini-season”, by the way). But the mathematically savvy amongst you will have already spotted that this method leaves us with two gameweeks to spare. Those are our qualifying weeks.

Qualifying takes place in Gameweeks 1 and 2, so make sure you hit the ground running. After that, you’ll be placed in one of four divisions based on your points total.
How does the promotion and relegation thing work?

Remember the mini-seasons? They’re the four-gameweek long chunks we’ve split the season into. Well, at the end of each one, the best teams will be promoted and – you guessed it – the worst teams will be relegated.

Your points will reset at the end of each mini-season. This ensures that everyone starts the next mini-season on a level playing field.

Naturally, we’re giving away some big cash prizes for the best managers at the end of each mini-season too. Even if you’re languishing in the bottom division, you’ll still be rewarded for master-minding a promotion-winning campaign. Speaking of rewards…

What can I win?

There’s £50,000 up for grabs throughout the 2019/20 season. The higher up the league system you climb, the bigger the prizes on offer. It’s as simple as that. Get promoted, get paid.

What can I lose?

There’s a £5.50 entry fee to play Fantasy Divisions. When you weigh up the prizes on offer, we reckon it’s a good deal.

There’s also a small risk of losing some of your FPL dignity and pride. FantasyBet won’t be held responsible for such losses, though we may consider a post-season support group for relegated managers if there’s enough interest.

Prepare for dizzying highs and plummeting lows. This is season-long fantasy, but not as you’ve ever known it.

How do I enter

Now you’re asking the right questions. Head to the Fantasy Divisions lobby and start building your squad. It’s as simple as that.

Remember, qualifiers start in Gameweek 1. Unlike the likes of Gundogan and Barkley, this isn’t a hype train you want to miss.

The new concept of FantasyBet seems very much exciting, especially implementing divisions to separate the player pool. Here are the facts about this new tournament format for the seasonal game.

Payout system
Division Qualifier. Your team will be seeded into one out of four divisions based on your performance in this qualifier game.

The top 25% will be placed in the top division, the next 25% in the division below and so on.

There are no cash prizes in the qualifying game, the money is won in the divisions. You keep your players after the seeding game ends, so build a team for the long-term.

Tiebreakers
This game applies tiebreaker rules, please see the gaming rules for information on how a winner is calculated.

Autocomplete
Incomplete entries will be autocompleted when the draft deadline passes. No entries are cancelled.

Excess Transfer Penalty
There is a penalty of 4 point(s) for any transfers beyond your stored free transfers.

Free Transfers
You receive 1 free transfer(s) each round.

Max Stored Transfers
You may store a maximum of 2 free transfer(s).

Mini-seasons
The 38 gameweek season is split into 2 gameweeks of qualifying and 9 4-gameweek “mini-seasons”. A manager’s total points are reset to 0 at the end of each mini-season.

Qualifying
The 2-gameweek qualifying round determines the division in which you’ll start the season. The higher your team scores, the higher in the league system you’ll begin your Fantasy Divisions career.

Promotion and Relegation
The best and worst teams will be promoted and relegated between leagues at the end of each mini-season. Teams cannot be relegated out of the bottom division or promoted out of the top division.