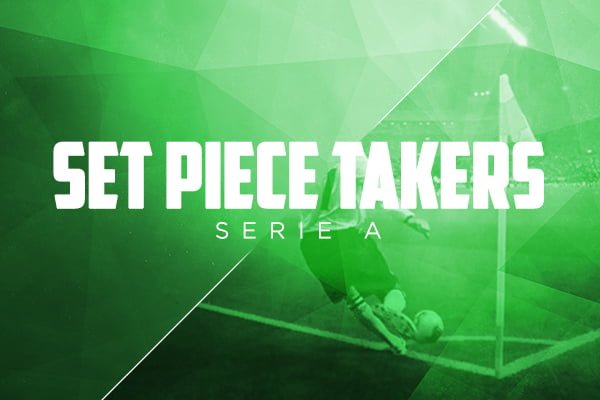 The Top-Five Set-Piece Takers in Serie A

Set-piece situations have always been a threat to the goal. This is particularly true when the dormant ball is played by set-piece experts. In the history of Serie A, there have been two particularly notable set-piece takers, one stands out due the enormous power of his shots, the other by his excellent technique.

You don’t need to be an expert in Serie A to know that I’m talking about the two legends Sinisa Mihajlovic and Andrea Pirlo. Both top the Series A list of all-time set-piece takers, each having 28 goals to their name, putting them both far ahead of well-known stars like Alessandro del Piero (22), Roberto Baggio and Francesco Totti (21 each).

After this little historical excursion now to the current set-piece takers in Serie A.

This overview will show you the expected set-piece takers for each team in the 21/22 Serie A. They are based on the experience of past season’s, statistics available online, pre-season friendlies and, in the case of newcomers, the player’s role at his previous club.

My post “Set-Piece Takers: Serie A” is intended as a useful tool for fantasy managers. If you have any feedback on how to improve the article, please leave me a comment!

More Statistics on Serie A: Teams and Players