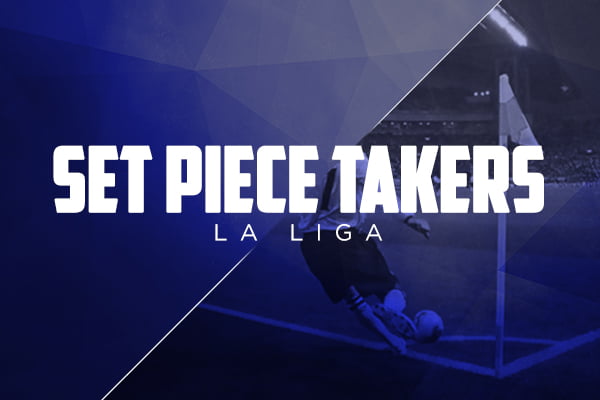 Set-piece takers La Liga: Penalties& Freekicks: This overview will show you the expected set-piece takers for each team in the 19/20 La Liga Santander. They are based on the experience of past season’s, statistics available online, pre-season friendlies and, in the case of newcomers, the player’s role at his previous club.

Set-piece takers usually have a good average of assists and goals and are usually a good choice in fantasy football tournaments for the La Liga Santander.

The list will be updated as new La Liga Santander trends become apparent. If you think any of the information or the list of players is not correct, leave your comment here, in our 11Heroes Discord Channel or send a Tweet to @11_Heroes.

Fantasy tips for your set-piece takers in La Liga

It’s always the same questions. Everyone probably knows who takes the penalties at Barcelona and who is responsible for free kicks at Real Madrid.

But who knows exactly who takes the corner kicks at the Athletic Club or the penalties at Valencia, Espanyol Barcelona, Villareal or Lleganes?

The following table lists all set-piece takers of “La Liga”.

Go to the Daily Fantasy Manager Cockpit for comprehensive stats.