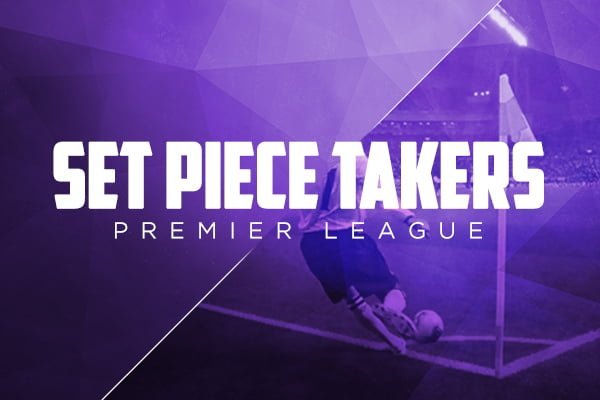 FacebookTwitterRedditWhatsApp
Set pieces regularly bring in good points in fantasy football. Here are the set-piece takers for the Premier League 2021/22.

Find the expected set-piece takers for each of the 2021/22 Premier League teams in the categories Penalties, Free Kicks, Corners. They are based on last season’s stats, some online stats, the pre-season friendlies and, for new signings, whether the player was responsible for set pieces at his previous club.

The list will be updated as new league trends become apparent. If you think any of the information or the list of players is not correct, leave your comment or send a Tweet to @11_Heroes.

We have added more powerful stats! You can now find a new tab below called “Receivers” – that simply means that these players are most likely to be on the receiving end of a corner or indirect freekick. Combine these players with the most frequent set piece takers to create the most upside for your team.

Fantasy tips for your set-piece takers in the Premier League

This content is exclusive to our subscribers. Get a Free Trial 7 Days!

Our tools will make you a better fantasy manager. We are so convinced of our offer that you can test it for free.

Free tickets and sign up offers are available to new customers, and are a great way to support 11Heroes without extra costs for you. All you need to do to is to click “Claim offer” and you’ll be redirected to the fantasy provider, where you can open an account.

€5 Bonus for all new signups

Click on sign up now and you will receive €5 in your newly created Spitch account. This credit can be used for your pitches, but cannot be cashed out immediately.

New players will receive a FREE CARD with the purchase of 5 cards on the market. This is guaranteed to be the best Sorare sign-up bonus you can get.