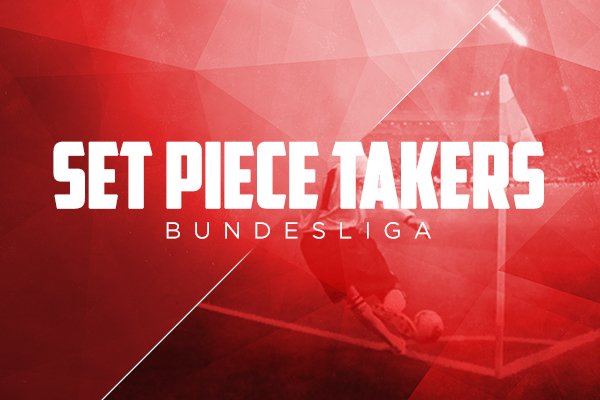 FacebookTwitterRedditWhatsApp
Set pieces are important point suppliers in all fantasy tournaments. Every Bundesliga manager should know the set-piece takers for the Bundesliga 2020/21.

Do you know all Set-piece takers Bundesliga? It is fairly easy to get the Bayern Munich set piece takers right and who takes free kicks in Dortmund or Bayer Leverkusen. But what about the smaller teams?

This overview shows you the expected set-piece takers for each team in the Bundesliga 2021/22.

They are based on last season’s experience, online stats currently available, pre-season friendlies and in the case of newcomers to a team, what role they played at their previous club.

The list will be updated as new league trends become apparent. Last update 18/09/2020

If you think that any of the information listed is not correct, then please leave a comment or contact us in the community or on @11_Heroes on Twitter.

Fantasy tips for your set-piece takers

The top 5 online fantasy football manager games for the Bundesliga

This was the post Set-piece takers Bundesliga – Penalties, Free Kicks, Corners. Please leave your feedback in the community and keep your suggestions coming.

All Set-piece takers of the major football leagues.