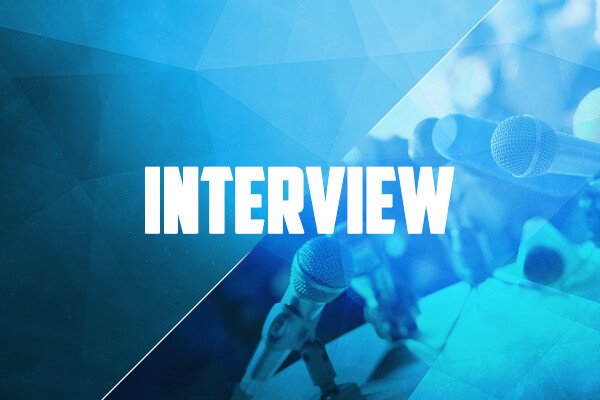 The green carpet: Interview with Tim

Congratulations on your 2nd place in the Major Tournament on FanTeam for 3100 €, we are always twice as happy with you, because we know that with such a thing our chances of an interview increase.

After his success in the Major Weekly Monster tournament on Fanteam, we talked to our coach Tim. A summary of the tournament can be found here: DFF Dream Team Premier League Game Week 3 on Fanteam.

Now let’s get to the recording of the conversation.

11Heroes: Tim, congratulations on your 2nd place in the Major Tournament on FanTeam for 3100 €, we are always twice as happy with you, because we know that with something like this our chances of an interview increase, how do you find the new guaranteed tournaments on FanTeam in general?

First of all thanks :), I guess my mood is really better then :p. I was a bit sceptical at the beginning because I think that for players who just want to test a bit, 20€ is quite a board.

On the other hand, I think it’s good because I think the format can only establish itself with very high guarantee formats.

11Heroes: For the Champions League FanTeam has already announced a 100.000 € tournament! The next step is the million €?

Haha well, I wish! I think this is a milestone. FanTeam is now offering a €50,000 guaranteed tournament (the Weekly Monster) every week in the Premier League and somehow manages to keep increasing these prize pools.

The million would, of course, be a dream for every football fan, but I think we are still a bit away from the Ami prize pools.

11Heroes: What do you think needs to happen for Daily Fantasy Football to reach these prize pools?

Tim: Phew, honestly I have no idea. The sports betting market simply has a big impact on the player pool here. I would very much like to see the Bundesliga, but basically, I think there is simply no time.

Everyone who’s ever played Daily Fantasy football says it’s 10 times cooler than sports betting, so more people just have to discover it for themselves. 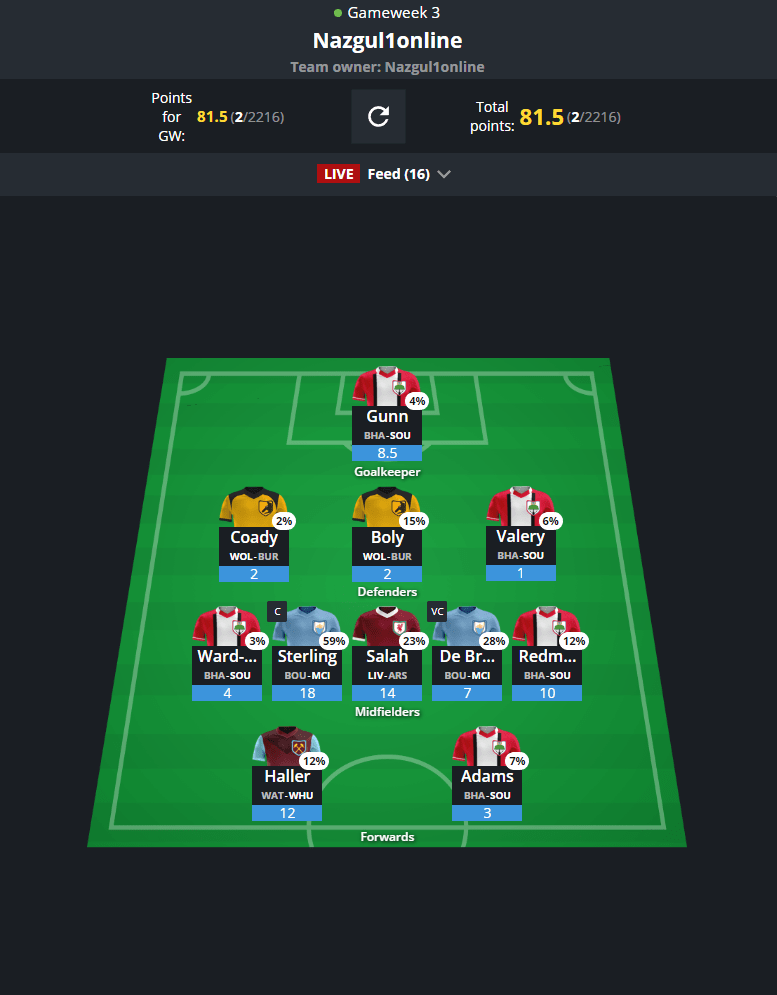 The Draft History in the Whatsapp Group

The team was created during a coaching session in our Whats App Group. I’m just unsure whether the objection came from Erkan, Novak or Sanek, but we had determined for ourselves as a group that the Brighton players were massively underpriced for their value on that matchday, and that almost all of our teams included Neal Maupay, Leandro Trossard or both + Duffy in the defence as well.

I think Sanek asked me if it doesn’t make sense if I think that almost every very good player Brighton will put up 1-2 teams with Southampton and massively go on a win of them and explode the rest of the field. That sounded pretty good to my ears and that’s what I did.

In addition, we took advantage of the new stacking rule on FanTeam.

The new stacking rule on Fanteam

11Heroes: Can you briefly explain that? Do you like the rule changes made by FanTeam in general?

Sure, you were allowed to put up a maximum of three players in a team in the last season, now you can put up an unlimited number (well, maximum 11 ^^ xD).
The other rule that goes along with this is that each defender of a team gets -1 point on the Clean Sheet bonus points of + 4 for every further defender of the same team. This leads to the fact that what happened last season, namely always 6 defenders of 2 different teams no longer brings the maximum value (under reservation).

11Heroes: So a good change?

So yes and no. Since I can now choose an unlimited number of players from a team, I can generate massive point ends through the Stat: Impact (+1 point if the player wins when he’s on the field) and it comes back to stacking. I don’t like this stat anyway because it robs a lot of budget players that you can’t put up!

Well, if Joelinton scores a goal vs. Tottenham away, he gets +4 points, but if he loses his team, he gets -1 point. He also gets one point less if he is replaced. That his team will lose very often, he only scores 5 points in spite of one goal. While a defensive midfielder of a team that wins 1:0 and plays 90 minutes also gets 5 points, but without goal participation. I think that’s a pity.

The points system on Fanteam

11Heroes: How would you like to change the points system on FanTeam?

I’ve talked a lot about it with friends. I think there are too many minus points in the scoring system. -1 point for losing makes budget players very uninteresting and limits the player pool you should choose from.

-3 points for a red card I also find a lot of. You are punished enough as a manager because the player can’t collect any more points. Then playing through and rewarding that with an extra point for offensive players I don’t see either, I practically get -1 point if my player is changed.

In football, the good players are very often replaced, either to reward them (applause from the fans) or because they have given everything. I find it hard to put minus points on that.

I can understand minus points for missed penalty kicks, but here, too, everyone who has the player is already served to the maximum because he has not made any +4 or more points. Minus points for own goals are also very hard because the team is already further away from a victory and therefore points.

Last but not least, I find -2 points for a foul, which leads to a goal, completely brutal. Last week there was a player in 6th place who had Laporte in his team and got -2 points. Without those -2 points this manager would have finished 3rd and won 1000€ more. What can Laporte do, that Harry Wilson to weld the thing so crazy in the goal.

That’s just too bad for the managers because I think that minus points demotivate us Fantasy Managers. God sorry, for the whole long story, so now tldr:

Reduce minus points to a minimum, add points for shots and created chances and second assist and it’s good.

Here again I have full confidence in FanTeam, the site is extremely professional and has developed very strongly, so it’s only a matter of time!

11Heroes: That was a lot of thought, thanks! Who do you regularly chat to about Daily Fantasy football? Are there any players you think are “afraid” of or the best?

I exchange very regularly with our coaching group in the Whatsapp or in the Discord, where I also post my teams for the interested ones. Furthermore only with 2 other friends: Flo and KvN.

I’m not really afraid of anybody, but I would definitely not play every head to head. There are many good players like Quirrel, nevermind and FlyandDream etc..

The best fantasty manager in my opinion is yourname in the current game.

But it’s similar to poker anyway, everybody thinks they are the best anyway :p!

11Heroes: Thanks Tim for your time.

11Heroes: We keep our fingers crossed for you, any last words?

Tim: Yes, of course, come to our Discord or the Whatsapp group and discuss with us!

Tim tells everyone that he himself played football together with Hanno Balitsch during his “active football time”… His love for strategy games of any kind he made his vocation as a founding member of 11Heroes. Online he is regarded as one of the pioneers of Daily Fantasy Sports in Germany and is an absolute expert in Daily Fantasy Football. You can find him on Twitter at @11HeroesTim