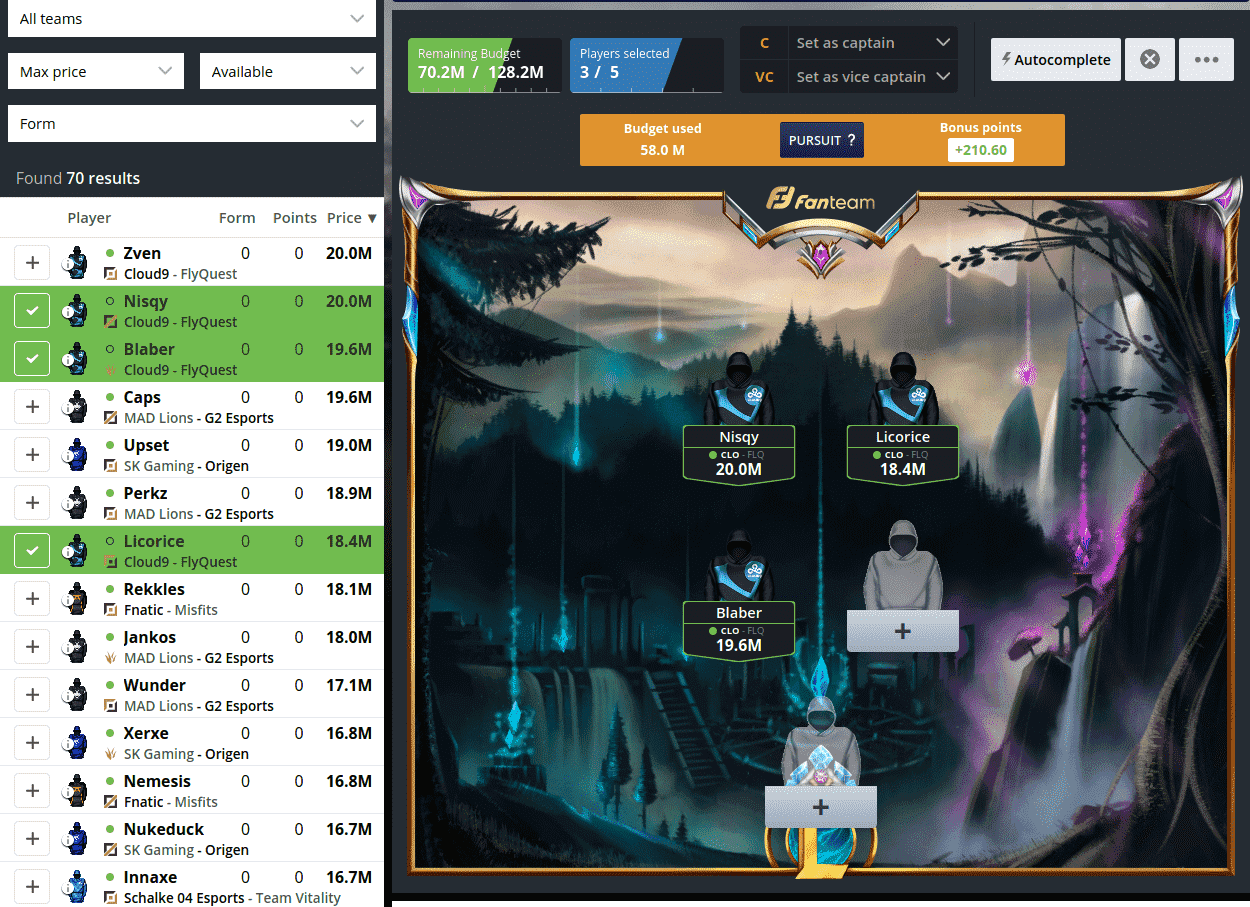 2 min read
Add comment
FacebookTwitterRedditWhatsApp
League of Legends Fantasy Esports are an online competition in which players put together their LoL fantasy team and compete in tournaments.

In this article we will go into LoL Fantasy Esports, how it works and where you can play (and win) LoL Daily Fantasy tournaments.

What are League of Legends Fantasy Esports?

Daily Fantasy Esports are an online competition in which players put together their own fantasy team. You choose from a list of professional players from teams participating in major e-sports tournaments.

Your task is to select the players for your fantasy team

Get the players on the team that will score the highest points. The squads with the highest scores win a share of the prize pool!

In the 6 Killer Tips for Daily Fantasy Sports we give solid advice on how to improve your fantasy team.

The rules for League of Legends Fantasy Esports are quite simple. You must select 3 or 5 players for your team.

The events are played in Pursuit format.

When the Esports games start, the players on the teams receive points based on the actions they perform in the game. How does this scoring system work?

For example, when players make kills, they get points. If they die, they lose points.

The complete list of how players score points can be found on the competition page.

All League of Legends Fantasy Esports tournaments have general rules which you can find in the tournament information.

You are interested in LoL Fantasy? One of the most important tips we can give you:

Try it for free!

There are promotions and bonuses for all players and especially newcomers should take advantage of these offers.

This was with my post How to play League of Legends Fantasy Esports (and win).

I look forward to your feedback and comments. Don’t forget to visit our community!